The concept of minimum wages first evolved with reference to remuneration of workers in those industries where the level of wages was substantially low as compared to wages for similar type of labours in other industries. The need of legislation for fixation of minimum wages in India received an impetus on account of the necessity of protecting the interest of the demobilized personnel seeking employment in industries. The Minimum Wages Bill having being passed by legislature received its assent on 15th March, 1948 and it came to be known as the MINIMUM WAGES ACT, 1948 thereafter. The Act is available in the Labour & Employment Department website under Document section. The Labour & Employment Department, Govt. of Assam, in consultation with the respective Minimum Wages Advisory Boards & Committees, constituted under the Minimum Wages Act, 1948, periodically fixes and revises the rates of minimum wages of various categories of workers/employees such as workers /employees engaged in scheduled employments, plantations, loading & unloading of urea bags, medical representatives & other pharmaceutical industries etc. 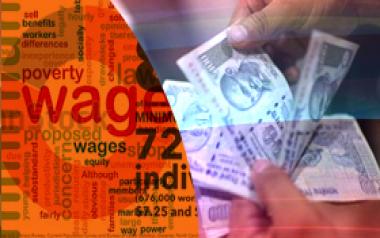